Uddhav Balasaheb Thackeray is an Indian politician who is the 19th and current Chief Minister of Maharashtra. Born: 27 July 1960 Party: Shiv Sena

Avul Pakir Jainulabdeen Abdul Kalam was an Indian aerospace scientist who served as the 11th president of India from 2002 to 2007.

Mumbai,
which was previously known as Bombay is a major metropolitan city of India. It is the state capital of Maharashtra. Mumbai city is known as the business capital of India, it being the country’s principal financial and communications centre. The city has the largest and the busiest port handling India’s foreign trade and a major International airport. India’s largest Stock Exchange which ranks as the third largest in the world is situated in Mumbai. Here, trading of stocks is carried out in billions of rupees every day. Description about Mumbai/Bombay cannot be complete without the mention of Bollywood, the biggest Indian film industry which churns out hundreds of Hindi block-busters every year.
Where is Mumbai? Mumbai (Bombay) lies on the western coast of India. It is a group of seven islands in the Arabian Sea which lies off the northern Konkan coast on the west of Maharashtra state in India. These seven islands which were once separated by creeks and channels were filled and bridged over the years by the inhabitants.
History of Mumbai
In 1661, King Charles II of England, married Princess Catherine de Braganza of Portugal, and as part of the dowry he received “Bombay” which is today known as Mumbai. Later in 1668 it was handed over to the East India Company. In 1858 the administration of the country was taken over by the Queen of England, Queen Victoria, from the East India Company. A viceroy was appointed to rule India in the name of the Queen. Bombay came under the direct rule of the British in 1861. The first railway line in India was started between Bombay (VT) and Thane in 1861. In 1864, modern water supply was started in Bombay (Mumbai) and in 1885, Bombay was lit with gas.
Mahatma Gandhi joining Indian Politics in 1920 was a turning point in the political destiny of India which led to the Independence of India from the British rule. Bombay (Mumbai) had an important role to play in this event. Climate of Mumbai Most of the year, Mumbai’s climate is warm and humid. Between November and February, the skies are clear, and the temperature is cooler. From March the temperature becomes warm and humid till mid-June, the beginning of monsoon. During monsoon there are torrential rains, sometimes causing the flooding of major roads and streets of Mumbai. The average rainfall which is brought by the south-west monsoon winds in Mumbai is 180 comes. Monsoon ends by the end of September. October is comparatively hot and humid.
Mumbai- A Melting Pot The total population of Mumbai is about 10 millions. It is still growing. Mumbai provides umpteen opportunities to realize one’s dreams. Hence, people from all over India, belonging to different cultures come here to realize their dreams. Mumbai has become the melting pot of all Indian cultures. This is the reason Mumbai has a truly cosmopolitan population bustling with activity. Its film industry “Bollywood” also draws a number of youths with tinsel dreams to Mumbai. Being a major financial center, People from all over the world come here for business opportunities. This has made Mumbai a major International city.
Places of Interest:
Gateway of India: A prominent landmark of Mumbai, was built to commemorate the visit of King George V and Queen Mary to India in 1911. Prince of Wales Museum: Built in Indo-Sarcenic style with an imposing dome is named after king George V, who, as Prince of Wales laid its foundation stone is 1905. Taraporewala Aquarium: Located near the end of Marine Drive, has an exotic collection of marine and fresh water fish.
Mani Bhavan : The home where Mahatma Gandhi often stayed when he visited Mumbai, is today preserved as a national memorial. It has an extensive library of books and photographs and his personal possessions. The Gardens: The famous gardens of Mumbai, Hanging Garden, laid out on top of water reservoir and Kamala Nehru Park, a children’s park overlooking the backbay and Marine Drive. The flower clock is a unique piece in the garden.
Veermata Jeejabai Bhosle Udyan or Queens Garden comprises cultural and historical exhibits in its museum. It is a beautiful garden with a zoo with a large variety of animals, birds and reptiles.
Chhatrapati Shivaji Terminus (Victoria Terminus) : Built in 1988, a stunning combination of Gothic and Indian styles of architecture is one of the finest railway stations in the world. Nehru Planetarium and Nehru Science Centre: A wonderland of science – for children.
Marine Drive : A popular promenade, whose dazzling lights in the evening have earned it the name – Queen’s necklace. Religious Places: Walkeshwar Temple, on Walkeshwar road close to Malabar Hill, is associated with the Hindu epic Ramayana. Mahalakshmi Temple in Breach Candy. Mumabadevi Temple built in honour of the Goddess Mumbadevi. Surya Narayan Temple, built in 1899, is dedicated to the Sun God. The Jain Temple on Malabar Hill was built in 1903 by the Shwetambar Jain sect.
Mahim Shrine is dedicated to the Muslim Saint Makhtum Fakih Ali Paru. St. Thomas Cathedral, built in 17th century, has exquisite stained glass windows. Afghan Church, built in 1847 as a memorial to those who fell in the First Afghan War, has wide Gothic arches and beautiful stained glass windows. Synagogues – Shaar Harahmeno (the Gate of Mercy) built in 1796, and the other in 1847. Hutatma Chowk (Flora Fountain): Mumbai’s ‘Picadilly Circus’ erected in 1869. The Beaches: Juhu Beach is one of the most popular beaches of Mumbai. Versova (29 km), Erangal (45 km), Madh Marve (38 km) and Manori (40 km) are popular with the people of Mumbai.

Lorem Ipsum is simply dummy text of the printing and typesetting industry. Lorem Ipsum has been the industry's standard dummy text ever since the 1500s, when an unknown printer took a galley of type and scrambled it to make a type specimen book. It has survived not only five centuries, but also the leap into electronic typesetting, remaining essentially unchanged.

View All Businesses in City 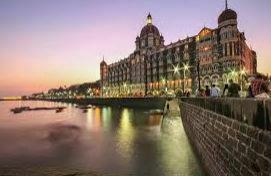 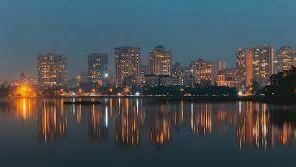 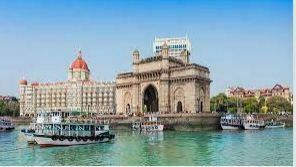 All Fire in Mumbai

All Ambulance in Mumbai

All Blood Bank in Mumbai

All Hospital in Mumbai

All Police in Mumbai

All Revenue Department in Mumbai

All Zila Parishad in Mumbai

All Government Offices in Mumbai

All Public Transport in Mumbai

All Bank in Mumbai

All Helpline in Mumbai