The pen is a town and taluka in the Raigad district of the Indian state of Maharashtra. It is famous for its world-class Ganesh idols. It is the geographical and cultural center of the Raigad district. Ganesh Idols Pen is very famous for its Ganesh Idols which are used widely for the “Ganesh Festival”. Many of Ganesh’s Idols in Mumbai are brought from Pen. There are multiple lanes [termed as  “Ali”] which consist only of such Idol Making craftsmen. Going through these lanes one can see the whole process of developing Ganesh Idols. The number of Ganesh Idols are now even exported to the Marathi population in the US. Papad Business Women in Pen are occupied in the domestic business of preparing ” पोहे” or “Pohe” (flattened rice) and papad.

Salt Production Due to unique geological features of Western part of Pen County (Vashi Subdivision), Pen has been for centuries hub of salt making industry. Pen has a grand public library:  The Mahatma Gandhi Vachanalay or “महात्मा गांधी वाचनालय”. The climate is tropical in Pen. Most months of the year are marked by significant rainfall. The short dry season has little impact. The Koppen-Geiger climate classification is Am. The average annual temperature is 26.9 °C in Pen. Precipitation here averages 3207 mm.

The name Pen is derived from the term “पेणे” or “Pene”, which means ‘A place to rest’. Although no one is certain about the origin of Pen, historians think it probably dates back to the times of Buddha. Due to its vantage location, Pen developed as a port city (present-day Antora port was commonly referred to as “Pen Port”), with trade links as far as Egypt. It had a very prosperous marketplace where an exchange of goods to and from Deccan took place.

Gazetteer gives Pen’s history as follows.In historical times Pen was under the rule of the Silaharas of Shri Sthanak (Thana) from the 9th to the 12th Century and subsequently, it passed under the control of the Yadavas. When Shayastakhan was sent against Sivaji, a detachment of the Moghal army had been kept at Pen but he subsequently routed it. Parvatibai, the wife of Sadasivrav Bhau, the hero of Panipat. In 1819 the easy communication with Bombay and with the Deccan by the Bor pass made Pen an important center. Its chief prosperity lay in its salt beds. There was a considerable export of rice to Bombay. A number of carved stones about the town appear to belong to an unusually large temple of about the thirteenth or fourteenth century.

During the period of shilahar kings, many temples of goddesses were built, including Jagdumba of Vashi. In the period of Chalukyas, grand temples of Shiva, like Rameshwar(रामेश्वर), Pataneshwar(पाटणेश्वर), Goteshwar(गोटेश्वर) and Vyaghreshwar(व्याघ्रेश्वर)were constructed.

In the Shivaji era

Shayistekhan’s raid on Deccan led to major fights in Pen taluka between Mughals and Marathas. Initially, the Mughal army led by Sardar Taherkhan occupied Pen’s fort of Mahalmeera and looted surrounding villages, which included the desecration of the grand temple of Goteshwar Shivaji’s army fought back with vengeance. They defeated Kartalabkhan in nearby Umbarkhind and officer Balakhi, near Ratangad. Stronghold of Mahalmeera was also taken back on 27 February 1662 and the following day, after a valiant struggle, Pen’s Bastion (presently, the site of Tehsil office) was secured by Shivaji’s army. In this conquest, Sardar Vaghoji Taupe fought the mesmerizing battle against equally skillful moghal officer but at the crucial moment, Taupe dealt a decisive blow which killed the officer and ensured Maratha victory. Vaghoji was also critically injured and died soon afterward. Shivaji Maharaj himself visited Pen on two occasions, on 6 August 1668 and 11 May 1674. 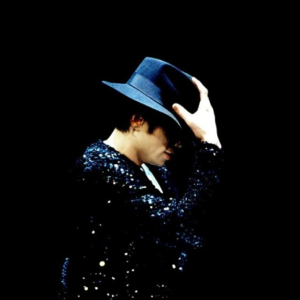